Enlisted personnel in the RAM follow a nine-tier line of ranks, being promoted up as they prove themselves. 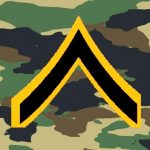 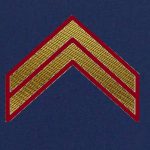 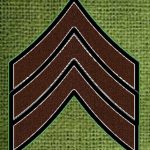 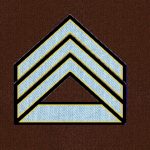 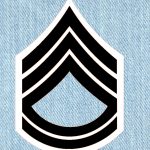 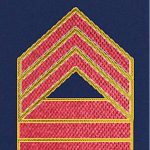 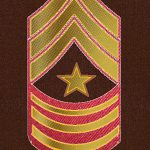 The vast majority of RAM enlisted personnel follow the main line, but there are three specialty lines that indicate special training. 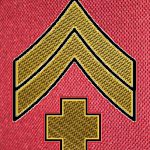 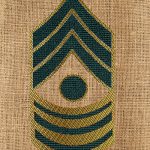 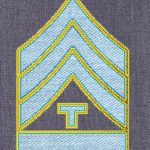 The Staff line is for personnel trained to handle paperwork, particularly letters and communications. This is considered special training to help reduce the chance of miscommunications and errors between officers, particularly during battles.

The Staff Line is identified by a circle underneath the chevrons.

The Technical Line is for personnel trained to handle equipment, from major weapons and engines to radios and generators. As such equipment is rare, such technicians are trained specifically for their particular equipment.

Often, Technical is shortened to Tech.

The Technical Line is identified by a T underneath the chevrons.

The Medical Line is for personnel trained to help tend to wounded personnel. The RAM devotes a significant amount of resources and personnel to their medical line, and it is the second largest of the four lines.

The Medical Line is denoted by a cross underneath the chevrons.

A Rifle is the most common rank, for all new enlistees and volunteers.

An Able Rifle is more experienced than a Rifle.

A First Rifle is expected to help Rifles get up to speed.

The lowest level of non-commissioned officer, a corporal’s primary responsibility is to keep the rifles in line and ready for duty.

A Sergeant is usually in charge of a squad, between eight and twelve individuals, supported by a corporal.

An Able Sergeant is a mid-level NCO, assigned to platoons or junior officers.

A First Sergeant is assigned to companies or company officers.

A Master Sergeant is assigned to battalions or regiments, or to command officers.

A Sergeant Major is the highest NCO rank in the RAM. They are assigned to the most important units and groups, and speak with generals. All Sergeant Majors are the same designation, regardless of what line they took to get there.

There are only four official lines of ranks, but the RAM enlisted personnel have taken to adding their own titles, base on an individuals job